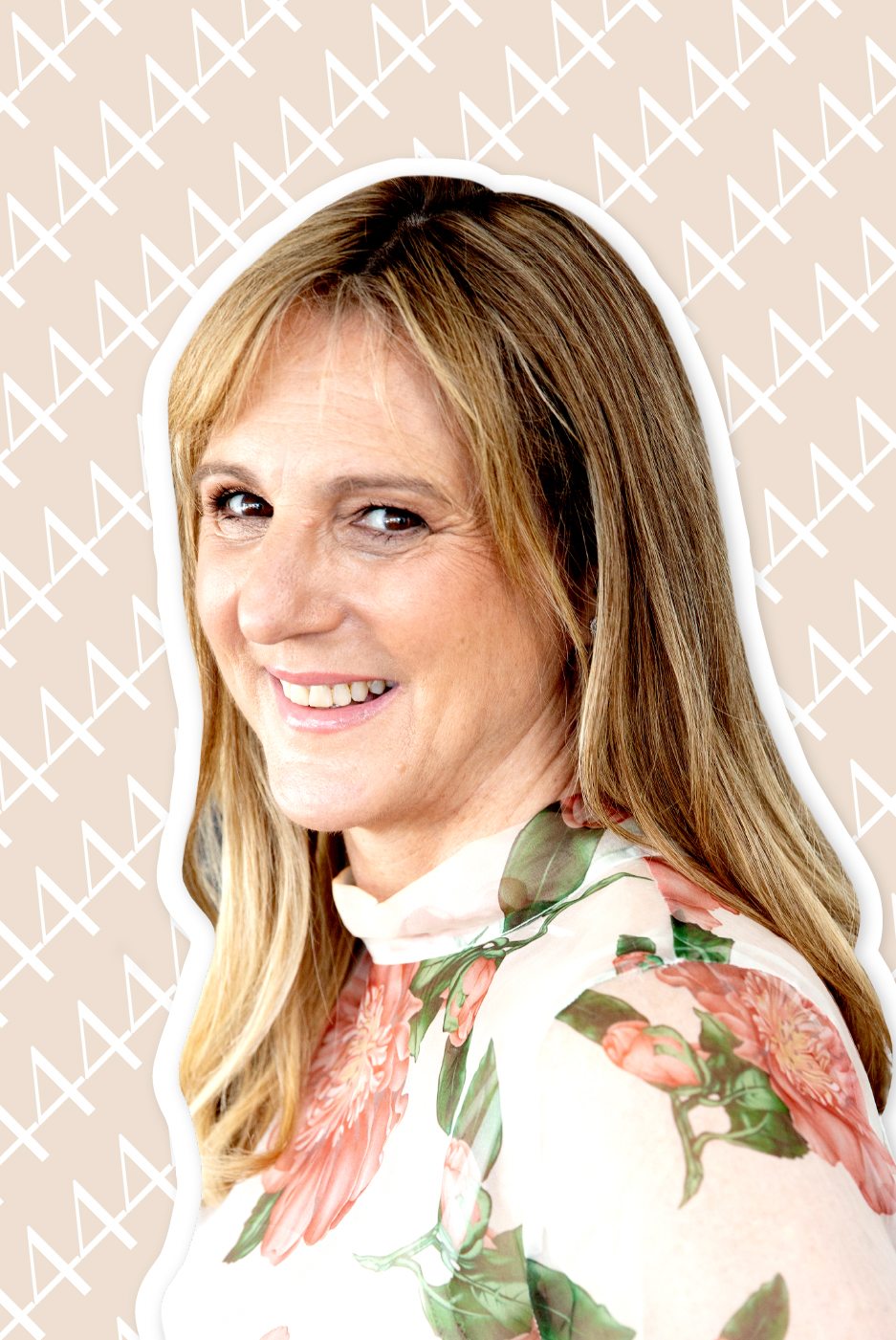 Meet The Woman Fighting For You To Work Less

Why Charlotte Lockhart is so passionate about the four-day week

Charlotte Lockhart isn’t a woman who wastes time. She has just got off a 28-hour flight from the UK, but where some of us might have taken a day or two off to recover, Lockhart is straight back to work. As I ready my interview questions, she sits patiently in her home office on Waiheke Island, near Auckland, clicking through emails, dressed elegantly for our Zoom call in a silky pussy-bow blouse and over-sized blush jacket.

“Yes, jet lag’s a bit of a killer,” she says, in her clipped New Zealand accent. “It’s about learning to concentrate through it.”

In the past, this work ethic has led to both business success and burnout. Lockhart has worked with her husband, entrepreneur Andrew Barnes, to build Coulthard Barnes, comprising a group of companies including investment specialists Perpetual Guardian. She also survived a cancer diagnosis in 2004, only to “collapse” five years later thanks to taking so little time off.

But these days, Lockhart’s passion for productivity has taken her in a different – and at first glance, contradictory – direction.

This work ethic has led to both business success and burnout

As the co-founder and Managing Director of 4 Day Week Global, she runs an organisation that aims to convince the world’s business leaders that their employees will be more productive ­– and happier – if they work less. In fact, if they work one day less each week.

In the UK this year, more than 70 companies with over 3,300 staff have signed up to Lockhart’s pilot programme, which tests her hypothesis, joining workers in similar 4 Day Week Global-led projects in Australia, Ireland, New Zealand, the US and Canada. It’s the largest-ever real-world study into the effects of working less, with the potential to shift government thinking, as well as business.

Companies can devise their own version of the four-day week, depending on their needs (some choose to split, say, a 38-hour week over four days).

Several companies, and countries, have found productivity actually increased with reduced hours. In Iceland, following a successful four-year trial, 170,000 workers are now on shorter-hours contracts, backed by the government.

Besides, says Lockhart, women have been doing more work in less time for years.

“Think of all the women you know who’ve returned from parental leave to a four-day-a-week role, and they’re just doing all of their old full-time job in one less day,” she says. “We all know it’s happening.”

Although Lockhart and Barnes started their trial of a four-day week in 2018, it was the shift to remote work during the pandemic that piqued many employers’ interest. Most Australian employees in previously office-based roles now work at least part of the time at home and enjoy the increased control over their time, as well as the lack of a commute. Many want to work less; in the US, one widely-reported survey found that one-third of people who’d switched jobs during the pandemic had taken a pay cut to achieve a better work-life balance.

A shortage of workers here in Australia means employees are less likely to work for reduced pay – if anything, employers are looking for way to attract staff as salary expectations rise. Offering a four-day week is one way to do that.

“We need to remember that we borrow people from their lives,” says Lockhart. “Work is only part of someone’s life; it’s not their life. The benefits of reducing time at work is that people have more time to be who they want to be, who they are.”

For the past six months, Lockhart has been travelling extensively, talking to business leaders, meeting with experts who can help her mission. Following her on Twitter is, frankly, tiring. But time, for Lockhart, has become a scarcer commodity. In January this year, she was diagnosed with metastatic breast cancer.

“I’m dying,” she says quietly, taking a rare pause in conversation. “I don’t want the four-day week to take 15 or 20 years. I’d quite like it to be five, because then, from a purely selfish point of view, I’d get to see it.”

Like many Gen X women, Lockhart was raised on the idea she could have it all. A marketer and consultant, she worked hard and travelled, spending nine years in the Middle East with her former husband, and lived in Kuwait after the Gulf War in the early 1990s.

Her job in Kuwait was with a privatised part of the British Army, which had been charged with removing mines from the British zone, she told New Zealand’s Business Desk recently. “It was an interesting time.”

“Work has always been a huge part of my identity,” she says now. Even her cancer diagnosis in 2004 didn’t derail her work ethic.

“I was working for myself at the time and I just carried on,” she says. “I was lucky that I responded well to the chemo and radiotherapy. But I was also a typical Gen X female with that kind of Superwoman attitude, you know? And we were living with my mother [in New Zealand] while we built a house, so I had that extra support.”

But eventually, she says, you “lose the ability to have downtime, to holiday properly. And about five years after the diagnosis I just collapsed.”

If this experience started to change her attitude to working less, it was husband Andrew’s interest in productivity that super-charged it. In 2018, after reading an Economist article saying many workers were only productive for 1.5 to three hours per day, he was struck by the thought that even an hour’s extra productivity would profit the company.

“We became interested in what would help people do their jobs in less time,” says Lockhart. After trialling a four-day week for their 240 employees at Perpetual Guardian, with results analysed by researchers at the university of Auckland, Barnes and Lockhart published the results. Employees’ job performance was maintained; their work-life balance and stress levels improved.

And the study made headlines worldwide.

“We’d be travelling and business people would contact us to talk about the study,” she says. “So 4 Day Week Global became a place to house those conversations. Then the enthusiasm of researchers at the University of Oxford and the London School of Economics made us realise what we had.”

Work has always been a huge part of my identity

Lockhart is now on the board of the Wellbeing Research Centre at Oxford University and the advisory boards of the US campaign and the Ireland campaign for the four-day week.

As 4 Day Week Global builds an increasingly comprehensive body of research, Lockhart has noticed the many ways in which women benefit from less time at work. Not only does that extra day mean more time to pursue other activities, such as exercise, spending time with family and friends or just relaxing, but it also gives men the opportunity to be more involved in caring responsibilities.

“We’ve done so much to pull women up, but we’ve done very little to help men out of the workforce,” says Lockhart, pointing to the limited uptake of parental leave. “And by focussing on productivity, rather than hours, you can start putting boundaries around your work life. Because once you’ve met your target each week, you’re off.”

While Lockhart admits to being busy when her children were small (“They’d say, ‘We ask you for stuff when you’re on the phone because you’ll say yes!”), she bats away the question of regretting time away from the home: “What working mother doesn’t?” she replies.

“I make an effort with them now because I recognise there were times when I wasn’t seeing so much of them. I’m lucky that they both work in our company, so I see them a lot and we’re very close.”

Having survived cancer once, Lockhart is now focussed on maintaining her health so she can spend more time with her family. “I treat my health as part of my job – I take it very seriously,” she says. “I eat a very careful diet and I have a team of specialist doctors around me, because living as long as possible is important to me.

“These days you have every expectation that you’ll live to your 80s or 90s, so learning you might not reach that comes as a bit of a surprise,” she says. “You get so much more out of life when you’re not just working, not just involved in the daily grind. You get so much more from being who you really are.” “They Wanted Me To Be A Grieving Mother” Is It Red, Winter Skin? Or Could It Be Rosacea? The Truth About Single Mothers And Domestic Violence The Rise Of Pop Culture Podcasts