The Other Side Of The World by Stephanie Bishop

This beautifully written novel explores the beauty and brutality of motherhood and the meaning of home in the 1950s, but the theme of maternal ambivalence is timeless. The descriptions of needy babies and tantruming toddlers are scarily spot on. And I still think about the ending.

Motherhood: The Wild Other by Clover Stroud

Now I’m a tough old bird but this heart-rending memoir had me blubbing helplessly on my commuter train. When Clover Stroud was 16, her happy family life was ripped asunder after her mother suffered a catastrophic horse-riding accident. Clover writes boldly, evocatively and poignantly about how that experience shaped her path (she becomes a fearless adventurer, pinging around the world) and her own approach to motherhood – going on, as she does, to have five children. Yes, FIVE. What a woman.

My Name Is Lucy Barton by Elizabeth Strout

Despite a healthy and loving relationship with my own mother and daughter, nothing absorbs me more in literary fiction than the presence of a nice toxic mother-daughter complex, and no one writes them better than Elizabeth Strout. In My Name is Lucy Barton, an estranged mother visits her sick daughter, now a successful writer, in a hospital in New York which forces the daughter to reflect on her bleak childhood in small-town Illinois. Strout has an immense capacity to write about human vulnerability – in this instance, a grown child questioning whether her mother ever loved her. Understated and revealing the beauty that can be found in sadness, this book is a masterpiece (as is the follow-up Anything is Possible).

The Ten-Year Nap by Meg Wolitzer

This is the book I wish I’d read before I had children. Not because it prepares you for motherhood exactly (I’m not sure that any book can do that), but because it focuses on the thorny question of balancing work and family when you love them both. The Ten-Year Nap follows four well-educated New York mothers who have stepped away from their jobs to care for their children – with varying degrees of success and happiness. Wolitzer’s writing is nuanced and relatable, and The Ten-Year Nap proves that there are no clear-cut answers, and, for me at least, there was comfort in that.

This isn’t a novel about motherhood, but its portrayal of the relationship between one mother, Dolores, and her teenage daughter, Matilda, has always stayed with me. They live on the island of Bougainville, Papua New Guinea, which has been blockaded during the civil war of the 1990s. Everyone who is white and privileged – doctors, teachers, aid workers – has left, apart from one man, Mr Watts, who decides to entertain Matilda and the other children by reading the only book left on the island, Dickens’ Great Expectations. Matilda is captivated, but Dolores seems suspicious, and the book becomes the locus for all the emotion that a mother feels as her daughter pulls away from her to develop her own views of the world. They chafe and fight, trade misunderstandings and wilfully ignore the other’s feelings, and yet in the end Dolores’ love for Matilda is heartbreakingly exposed. As a portrait of a mother-daughter relationship, it felt complex and true.

Anna is the co-founder of PRIMER, and she plans to read ALL these books. "Why I Stayed Married To Pablo Escobar" 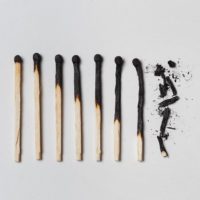