‘Every New Death Reminds Me Of My Sister’

In a horrific week for family violence, Tarang Chawla – whose sister Nikita was murdered by her partner – asks what it will take for politicians to speak out

In January 2015, my younger sister Nikita Chawla was murdered by her partner. Identifying her lifeless corpse on a stainless-steel table at the Victorian Coroner’s Court is the last time I ever saw her face.

I remember the Coroner’s assistant telling me that she would not look quite the way we remembered her. What he meant was that when someone is stabbed no fewer than 35 times and has their throat slit with a meat cleaver, they don’t look like the vibrant, beautiful and kind-hearted soul you remember them as.

All because of a man’s sense of entitlement; his jealousy and possessiveness that if she left him then he had some kind of ownership over her. I recall that Nikita’s injuries were so horrific that as a family we had little choice but to opt for a closed casket. We covered it in roses because Nikita’s heart was so full of love that it felt like the right thing to do.

Five years on, as 2020 draws to a close, the shadow pandemic that is Australia’s crisis of violence against women continues to go unnoticed and largely unaddressed by our nation’s leaders. This past week, four Australian women and a three-week-old baby girl have been killed, taking the number of women killed violently this year to 50. This is the country we live in.

The difficulty in writing these statistics is twofold. Firstly, the statistics may be correct at the time of writing but by the time you read them, a woman or child whose death was entirely preventable could have been killed by a man who once claimed to love her. Such is the frequency with which women are killed in Australia by men known to them.

And secondly, every news story is far more than just that for me and my family. Every death is a painful reminder of the tragic circumstances in which Niki lost her life. Every time I read about another woman killed, my heart breaks knowing that yet another family member will have to identify the body of a loved one, hold a funeral for someone well before their time, and experience prolonged silence from our nation’s leaders.

Just this week, the House of Representatives voted to abolish the specialist Family Court and amalgamate its work into the Federal Circuit Court. Its fate now rests with the Senate.

Many family law matters are already handled by the Federal Circuit Court, but abolishing the Family Court is of great concern. Although the Court has attracted criticism in the past, it is especially designed to deal with complex cases and judges start from the position of prioritising the best interests of children. Frequently they hear allegations of abuse and family violence.

Every time I read about another woman killed, my heart breaks

What happens to these vulnerable people? What of their pleas and cries for help? Sadly, we already know the fate of many of them. By now it is well known that one woman a week is killed by a current or former partner and the degree of political apathy and inaction is alarming.

No other issue has the same degree of silence around it. We have seen the comparisons to shark attacks, to terrorism and to one-punch attacks – all of which receive widespread media coverage and a swift policy response.

Yet the killing of women seems not to warrant the same. And so, when the inevitable occurs in the face of apathy – the taking of human life by an intimate partner – our leaders quite literally say nothing and do very little.

But time’s up on their silence. Most Australians are appalled by their inaction and we want politicians to join the national conversation on this issue. We’re listening. 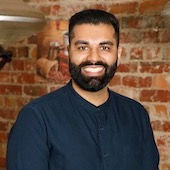 Tarang Chawla is Nikita’s big brother, founder of the Not One More Niki movement and an Ambassador for Our Watch