It’s Not Just Equal Pay. Here’s What Else We Need

We asked five feminists to tell us the one thing they believe would help us reach equality. Finally.

Congratulations, female readers – we’ve just passed Equal Pay Day, so called because it marks the 59 additional days from the end of the previous financial year that women have to work to earn the same pay as men. It’s now 50 years since Australian women earned the legal right to be paid the same as men for doing the same work. And yet, the pay gap still sits stubbornly at 14 per cent.

So, in the spirit of finding new solutions to apparently intractable problems, we asked five of this country’s most influential feminists to tell us the one idea or concept they think would help progress women’s journey towards equality.

‘Women must have control over their bodies’

Jane Caro is a writer and social commentator. Her latest book is Accidental Feminists

“The most essential liberty is control of your own body. That’s why even very small children often refuse to wear the clothes their parents select, eat the food they have prepared, or keep their shoes on. They also fight the car seat, the high chair and the stroller. They lose because they are small and weak, but they refuse to cede control of their bodies without a fight.

Women are just as determined to have sovereignty over their own flesh, including deciding whether they want to continue a pregnancy. I had an abortion about 40 years ago now, a decision I have never regretted. How could I? If I’d had that child – reluctantly and too young – I would never have had my two much loved and very wanted daughters.

Women do not lose their human rights when they become pregnant. Adult women do not suddenly become the moral, ethical or legal equivalent of a few hundred cells. Abortion is a medical procedure decided by a woman in consultation with her medical practitioner. The only obligation the rest of us have is to ensure she can access it easily, safely and legally.

NSW must pass the abortion law reform bill without any unnecessary and insulting amendments. To force someone to gestate and birth against their will is to quite literally colonise their body.”

Clementine Ford is as writer and social commentator – follow her @clementine_ford

“A few weeks ago, I watched as a male flight attendant chastised a woman for rocking her (sleeping) baby at the front of the plane, and then bend down to laugh with a male passenger about how annoying the sound of her shooshing was. Mothers! Aren’t they SO INCONVENIENT?!

The fact is, Australia can be a hostile place to children (and consequently, mothers) in general. A truly diverse and gender equal society is welcoming and inclusive of children, but in many areas of our lives – from cafes and restaurants to public spaces and public transport – our society is not.

Hardly surprising, then, that our attitudes to children in workspaces are so proscriptive. Last week, New Zealand’s House of Representatives speaker Trevor Mallard was lauded around the world for giving MP Tamati Coffey’s baby a bottle during a parliamentary session, but the fact remains that children aren’t welcomed by employers – either in idea or practice.

Every young woman is assumed to have the potential to have children (regardless of whether she actually wants them or not), which leaves her open to discrimination. And if a woman does become a mother, the reality of workplace discrimination means she’ll often feel enormous pressure to manage the work/life juggle both silently and invisibly. As the saying goes, a woman has to work like she doesn’t have children, and she has to mother like she doesn’t work.

Providing access to free childcare is just one aspect of addressing this. Where possible, corporations should provide free onsite childcare. If parents need to bring a baby into work, they should be supported to do so. Breastfeeding rooms, a proper parental leave policy that men are actually required to take – these would all be invaluable in progressing equality at work.

The responsibility of parenting children should be shared first and foremost by parents (not just mothers) but it must also be welcomed by workplaces. Children are only a barrier to social cohesion if society deems them so.”

‘We should view every decision through a gender lens’

Dr Emma Fulu, above, is the founder of The Equality Institute

“Child care and paternity leave are perceived as being gendered, whereas other areas of public investment – like public transport or homelessness, or justice and corrections – are often regarded as being ‘gender neutral’.

But delve a little deeper and we see that these areas are just as gendered. Public transport is often used differently by men and women. Young women, compared to young men, are far more likely to plan their night-time activities around transport availability, or decide to take a private transport option, to mitigate the risk of sexual harassment or assault. Women with carer responsibilities are less likely to travel long distances from home to seek employment. And if public transport isn’t safe at night, it restricts women’s work opportunities and lifestyle.

When we are blind to these differences, we unintentionally embed gender inequality more deeply in all aspects of our society.

Thankfully, there are ways we can address this. This year, the Victorian Government will put forward the nation’s first Gender Equality Bill, which will require all government departments to plan and report on gender equality.  Here at The Equality Institute, we’ve been working with the government to develop tools that will help members of the Victorian Public Service to apply a gender lens to their work.

Applying a gender lens means considering how every single decision made by government and public sector entities – from where to build a suburban rail link, to investment in public hospitals – meet the different needs of women, men and gender non-binary people.

This will not be an overnight success, but in the long run it could be game-changing. We’ve seen it work in other countries – when public bodies are compelled to promote gender equality by law, gender equality improves. I’d like to see other governments in Australia, and the corporate sector, pursue such approaches that proactively progress gender equality.”

‘If a policy fails to respect the sovereignty of First Nations people, then it isn’t equality’

Amy Thunig is a Gamilaroi woman and an Associate Lecturer in the Department of Educational Studies, Macquarie University

“Equality is an interesting concept to discuss here on these lands now commonly referred to as Australia. We walk, build homes, businesses and families on stolen lands, where sovereignty was never ceded, and where treaty still hasn’t been established. While the two are intertwined, equality doesn’t only mean disrupting patriarchal power structures, it means disrupting settler colonialism.

You can brand a policy or agenda as equality, but if it fails to honour and respect the sovereignty of First Nations people, then it isn’t truly equality – it’s settler colonialism in action. Indigenous feminism is more than a focus on women’s rights, it extends to encompass responsibility and obligation.

As women, as people, we have obligation to one another, to country, to Elders and knowledge holders, and to sovereignty. If you are genuinely seeking equality, I propose that you need to consider first how you are perpetuating the oppression and marginalisation of the sovereign people on whose land you presently stand.

How often do we see inclusivity committees formed without the diversity they claim to advocate for, television panels loudly discussing race while excluding First Nations people from the dialogue, and programs or texts that claim to be ‘for women’ – while erasing or excluding the sovereign women of this land completely? Being ‘for women’ means being for the diversity that is womanhood.

I would press that it is time for organisations and individuals to ask not only ‘who is seated at this table’ but ‘how are we honouring the fact that the table itself stands in the home of sovereign First Nations people’.”

‘We need to dismantle gendered expectations about work’

Jane Gilmore is a journalist and author, whose book Fixed It is out on Tuesday, September 3

“The gender stereotype that says women are the ones primarily responsible for raising children takes a huge toll on women’s professional and personal lives.

Around 40 per cent of adult women in Australia are not in the workforce at all; of those who are working, close to half of them are not working full-time. Over 75 per cent of men are in the work force and the overwhelming majority of them work full-time. Women cite caring for children or sick family members as the main reason they’re not working, whereas the most common reason for men is that they’re studying.

The presumption that mothers raise children and fathers just “help” is based on the notion that women are inherently more nurturing, and that men’s primary responsibility is to provide money. The way this plays out in too many Australian families denies women professional success and economic security.

Dismantling gendered bias about paid and unpaid work frees everyone from the expectations that limit their ability to live full lives.” 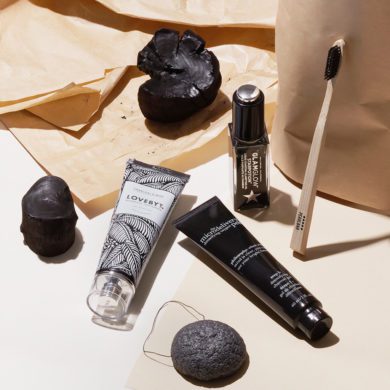