I Tried The Drink That’s ‘Better Than Booze’

Meet Kin, one of the new breed of euphoric drinks that promise ‘buzz’ with no hangover

It’s Sunday night and I’ve settled in to watch the finale of Big Little Lies, a show that’s about lots of things but not least, fancy ladies drinking wine in glamorous houses. The weekend ritual has become a stumbling block in my usually alcohol-free school nights – not since Madmen has a show so reliably induced a Pavlovian hankering for alcohol. I throw some ice in a glass, pour in my spirit and top it up with tonic and a squeeze of lime. Within 15 minutes, I feel relaxed, tranquil and pleasantly dazed. The best part? I don’t even feel guilty – there’s not a drop of alcohol in there.

Tonight, I’m sipping Kin, a “euphoric” beverage aimed at health-conscious millennials that promises to deliver “all bliss, no booze”. It’s currently only available in the US and comes in two forms: a spirits-like bottle, High Rhode, that can be mixed (the botanic, slightly bitter kick is a good stand-in for gin) or as Kin Spritz, a carbonated, citrusy drop that is pre-mixed in an aesthetically pleasing can. Founder Jen Batchelor says Kin uses a mix of “nootropics”, adaptogens and botanics to induce a state that ranges from “mind-melting calm” to an “uplifting buzz” depending on your mood and context. In other words, it gets you drunk.

I first stumbled across Kin on Instagram and was immediately seduced by the promise of hangover-free debauchery in lovely packaging. Even more intriguing, it seemed there might be some truth to the hype.

“Nootropics, also known as smart drugs or cognitive enhancers, are compounds that increase brain functions,” explains Dr Sarah Benson, a Postdoctoral Research Fellow at the Centre for Human Psychopharmacology at Swinburne University in Melbourne. “There are two types of nootropics: synthetic, which are man-made and include prescription medications such as Adderall [used in the treatment of ADHD] and Modafinil [used to treat narcolepsy]; and herbal, which are naturally occurring products such as Ginseng and Bacopa.”

Adaptogens, on the other hand, are non-toxic herbs that are thought to improve the body’s ability to fight stress. “Many adaptogens are also nootropics but the key difference is that adaptogens help fight against the stress response, while nootropics help the brain to function,” says Benson.

While nootropics have become popular with Silicon Valley biohackers eager for a real-life Limitless pill, Benson says most are under-researched and our understanding of their effects on the brain is limited. Adaptogens are legal everywhere but the status of nootropics varies from country to country and substance to substance – Ritalin, used in the treatment of ADHD, requires a prescription but L-Theanine, found in green tea, does not. Generally, they’re used by people hoping to induce a prolonged state of concentration; however Kin is marketed – crucially – as a social beverage for the sober curious.

“It came out of this frustration at not being able to walk into Whole Foods and grab something off the shelf that wasn’t alcoholic or toxic to the body that was geared to stress relief,” Batchelor told Vogue. “I had to go to the nutritional aisle for something to spray under my tongue 30 minutes before a stressful meeting. It took all the sensuality out of it—and so I wondered: Where’s the thing that I can sit at the bar and order—or that’s sophisticated enough for me to bring to a friend’s house?”

I had to go to the nutritional aisle for something to spray under my tongue 30 minutes before a stressful meeting. It took all the sensuality out of it

It’s a savvy business move – a 2018 report from Berenberg Research found that people in their teens and early 20s were drinking 20 per cent less per capita than millennials. Millennials themselves were drinking less than baby boomers.

Meanwhile, sales of non-alcoholic beer and cocktails have gone up even as the rest of the market has stagnated. This has been attributed to everything from a fear of losing control and having bad behaviour broadcast on social media, to a greater emphasis on health and an increasing awareness of the detrimental effects of alcohol on the brain and body. A culture of self-improvement no doubt plays into both alcohol abstinence and the growing popularity of nootropics and other performance enhancers.

From a personal perspective, the reasons to abstain only seem to multiply with age. Recently, friends have given up alcohol for weight loss, pregnancy, skin health, to treat hormonal imbalances, and simply because they have stuff to do tomorrow. In fact, drinking runs counter to pretty much every goal except one: having fun.

“People have always sought a ‘buzz’ or improved functioning,” says Benson. “The consumption of alcohol dates back as far as 7000 BC. It’s just that now, we’re looking for other ways to get our kicks.”

A culture of self-improvement plays into alcohol abstinence

Which brings me back to my home experiment. After the initial wave of relaxation subsides, I have three more serves of Kin – for journalism. The effect is not cumulative in the way that three more G&Ts would be, and the experience never goes beyond a gentle sensation of slowness. Benson says that nothing in Kin should have any effect except on concentration, but I certainly felt that it was working.

While I didn’t wake up the following morning with a hangover, I did wake up exhausted after lying awake until 4.30am. That’s when I checked the label — Kin contains caffeine, around 50mg per serve, and you’re not meant to have more than four in one sitting. So I’d downed the equivalent of two coffees immediately before bed. While I might have a glass of Kin before my next night out, the quest for a truly consequence-free indulgence continues.

Anne Fullerton is a journalist based in New York 7 Love Stories To Swoon Over How Do I Deal With Fine Lines? Anna Delvey: My Friend, The Conwoman 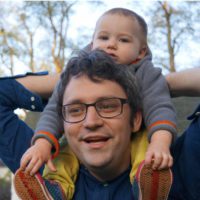