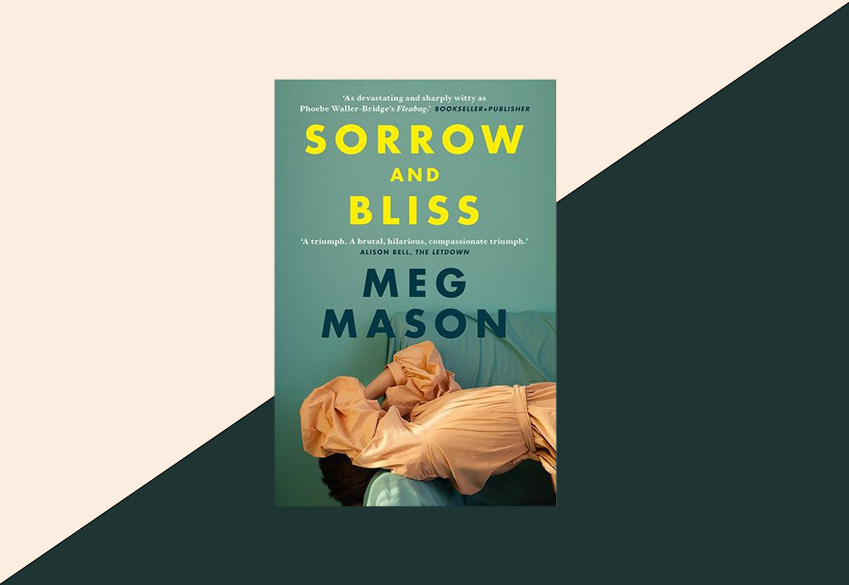 The Book That Divided PRIMER

Meg Mason’s Sorrow and Bliss has become a sleeper hit

It’s been described as the sleeper hit of the year, “an incredibly funny and devastating debut” (Guardian) and “unforgettable” (The Sunday Times). An array of authors and A-listers – from Pandora Sykes to Gillian Anderson  – have praised it, and everyone from Grazia to Goop has declared it to be one of the books of the year.

And yet Meg Mason’s novel, Sorrow and Bliss, has divided PRIMER.

This isn’t an entirely foreign state of affairs; at PRIMER we don’t agree on everything. In any given week, we might passionately debate whether to run a particular story, which headline to run with said story, whether 1.32am is really an acceptable time to file said story, and whether white jeans can ever be truly stylish. (The jury’s still out on that one.)

But our divergent views on Sorrow and Bliss were notable because Fliss was such a passionate and outspoken fan, while Anna was far less enamoured – and usually our reading tastes are relatively aligned. And as it happened, Anna was in charge of picking the book we reviewed in September 2020 – the month Sorrow and Bliss was released.

More than a year later, there’s no denying that this Australian novel, set in London and written by an expat Kiwi, has struck a chord internationally.

Recently, the rights to Sorrow and Bliss – which follows 40-year-old Martha, as she looks back on a life spent grappling with an unnamed mental illness, while also coming to terms with the breakdown of her marriage – were even snapped by a film production company.

So, we wanted to share the full spectrum of views in case Sorrow and Bliss somehow slipped under your radar, too.

“Martha is the perfect narrator” – Felicity Robinson, co-founder of PRIMER

Before I started writing this review, I flicked through the pages trying to find a line, or maybe two, that illustrated how darkly funny this book was. I then became so engrossed in a particular chapter (no spoilers here) that I forgot the children’s pizzas were in the oven, thus failing on two counts: basic reheating and locating a killer joke.

The fact is, it’s impossible to pick out the funniest parts of Sorrow And Bliss because there aren’t any. There are moments of deep frustration, shock and heart-breaking sadness – I could have pulled out 20 of those. But as in real life, the humour lies in the jokes you make even when everything looks pretty bleak, such as when Martha’s sister gives birth on a bathroom floor (“Martha, I hope these are Winsome’s best towels”). Martha is the perfect narrator: self-pitying but also brutally self-aware, and hilariously caustic about other people. Reading this book is like being inside the head of your maddest, funniest friend.

Mason’s decision not to reveal Martha’s diagnosis has attracted some criticism online, but the not-knowing means you’re drawn into Martha’s feelings of uncertainty and confusion. By the end, after I’d cried more than I have in ages, I didn’t care about the lack of a neat and happy ending, because there was something more important: hope.

When the book publicist for Sorrow and Bliss pressed a copy of Meg Mason’s book into my hands and told me she couldn’t wait to hear my thoughts, I was excited. It went straight to the top of my reading pile and I polished it off in a single weekend soon afterwards.

The problem was that that weekend happened to be in March 2020, just as the seriousness of Covid-19 set in. Looking back, it wasn’t the best time to be reading a book written from the perspective of an introspective and depressed 40-year-old woman. Sorrow and Bliss’ main character Martha was not in a brilliant headspace, and that made two of us.

Mason’s writing is excellent; her humour and dark and dry, and her writing helps readers understand the blank absence of emotion and exhausting effort that comes with living with a mental illness. For some, this may be revelatory. For me, it felt bleak.

My overriding emotion when I finished reading was frustration. I had raced to the end of the book hoping for a more fulsome understanding of the mental illness that had steadily submerged and sabotaged Martha. As readers will know – and I don’t think I’m spoiling anything here – that revelation never comes. On reflection, this was a smart decision from Mason, who can never be accused of misrepresenting other sufferers’ experiences. But at the time, I just wanted answers.

“Like a deadpan-but-depressed Bridget Jones” – Sheree Strange, book reviewer at Keeping Up With The Penguins

Sorrow and Bliss hasn’t just divided Primer – it’s divided me. The blurb promised a book that was “sad and funny”. Indeed, I found it laugh-out-loud funny, like a depressed-but-deadpan Bridget Jones. But when my husband asked what I was laughing at and I read a passage aloud to him, he simply looked confused – forcing me to wonder, was the comedy all in my head?

Then, instead of sad, I found myself feeling frustrated. I kept instinctively searching for a simple solution to Martha’s troubles. When Mason finally gave me one, I found it dissatisfying. I tore through Sorrow And Bliss in a single sitting, which wasn’t hard to do, and I think I enjoyed it… but it’s difficult to tell for sure.

‘There was brightness, strength and fun to her character’ – Mary Madigan, writer

I devoured Meg Mason’s Sorrow And Bliss in a day, which shows two things: I don’t have children and I loved it.

There is a real energy to Mason’s writing, and her novel is filled with clever lines and one-off remarks that occur so frequently that I found myself rereading them to make sure I fully appreciated the joke for all its layers. I particularly loved protagonist Martha referring to her husband as the ‘couch.’ Something about a woman reducing a man to an object for a change thrilled me.

Martha also suffers from a mental illness. Often, when mentally-ill women are written about, they are either completely weak and vulnerable, or scarily crazy. Think Amy in Gone Girl: I mean, I loved her but she also faked her own death.

Martha was both and sometimes neither, but most importantly there was a real sense of brightness, strength and fun in her character. Sorrow And Bliss offered me a strong female lead with some mental health issues, and honestly that’s exactly how I feel right now, and also the kind of character I need to be reading in 2021.

Ok yep, this article got me over the line; now I want to read it! 🤓