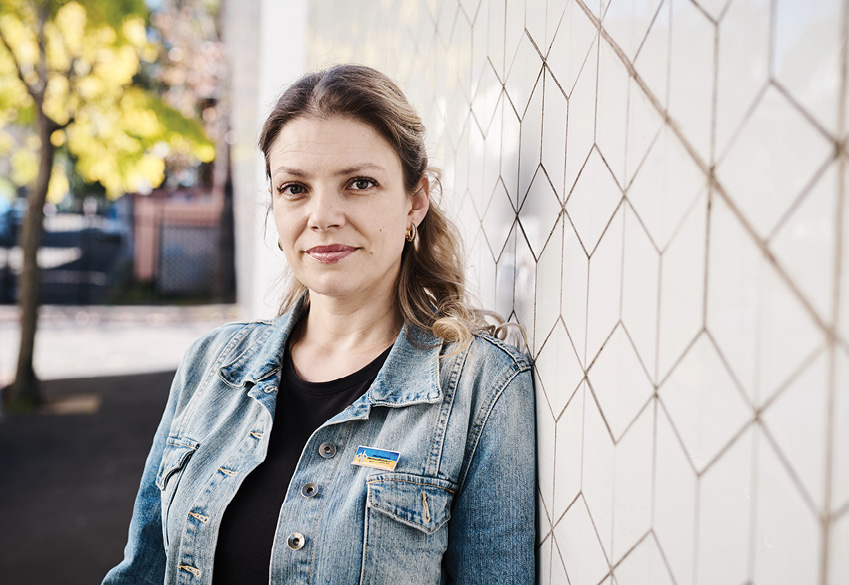 Separated from their husbands and families. Resettled in a new country. For Ukrainian refugees in Australia, Mother’s Day looks very different this year.

For Olga Kharchenko, Mother’s Day usually unfolds with a familiar simplicity: her husband brings her flowers, the family shares a cake, and they all eat dinner together.

This year, even these simple acts of celebration will be impossible. Olga, 40, and her two children, Marianna, 14, and Levic, 12, are spending Mother’s Day in Sydney, while her husband, Alex, remains in Donbas, Ukraine.

“Usually on Mother’s Day would be a family day,” she says via her sister Anastasiya, who is translating. “Now, we just live day by day and try not to think about what is happening back home.”

Olga is one of 7200 Ukrainians who have been granted visas by Australia since war broke out in February – and, according to updated figures from the Department of Home Affairs, more than 3500 Ukrainians had arrived in Australia between February 24 and May 1.

It’s likely that the vast majority of those arrivals are women.

Because of military conscription, Ukraine has forbidden men to leave, meaning that the women arriving in Australia are not only dealing with the trauma of war, but the pain of being separated from husbands and partners.

Many women have also been forced to say goodbye to elderly parents who have chosen to remain in Ukraine rather than attempt the precarious journey as refugees.

Olga and her children arrived in Sydney in March, and even with the support of Anastasiya, starting a new life in Australia has been a mammoth task. “I don’t speak the language, and I have a lot of anxiety about what’s happening in Ukraine,” she says. “In Ukraine I used to have my own business, my husband had his own business. We had a lovely house, our kids went to school; it was a good, comfortable life.”

In Ukraine I used to have my own business, my husband had his own business. We had a lovely house, our kids went to school; it was a good, comfortable life.

Resettlement is daunting. Although the government is fast-tracking visas for Ukrainians, many arrive on tourist visas and must then undergo health checks and apply for a temporary humanitarian visa.

The federal government provides six weeks’ paid accommodation, but it’s a tight timeframe in which to open a bank account, attend job interviews, land a job and find accommodation – particularly in a city as expensive as Sydney.

Olga was lucky to find work at her sister’s lash business, and now she and her children are sharing a one-bedroom apartment.

Many charitable organisations are stepping into the breach to help resettle Ukrainian refugees. The Sydney Community Foundation has launched the Be Kind Sydney Ukrainian Helping Hand Project to help new families navigate and access support systems, while organisations such as the Ukrainian Council of NSW are coordinating offers of accommodation and other support services.

Fellow Ukrainian Olga Dorosh, 38, arrived on March 20. She is currently trying to enrol her children – aged 10 and 14 – in school, organise language classes for herself and her husband, (whose travel was supported by UNICEF), find a karate club for her children to attend in a bid to regain a sense of normality.

“They both do karate back home, and it’s been very difficult for my children, and especially my daughter, who is now coming to terms with the fact we haven’t left for a week, that it’s not travel, we will be in Australia for a long time.”

Step by step, she is slowly building a new life for her family in Australia. Olga is one of the many Ukrainians staying with Australians. Stefan Romaniw, the chair of the Australian Federation of Ukrainian Organisations, says 2700 Australians have put their hands up to help, “which translates to about 7800 beds if need be”.

This Sunday – which is Mother’s Day in Ukraine, as it is in Australia – Olga is being taken out for lunch by her host family.

“I call them our second family here in Australia – I thank every morning and every day for them.”

Olga and her husband are now waiting for their temporary humanitarian visas to be processed. “We both need to find work quickly because Australia is expensive,” she says.

With elderly parents back home, she is also keen to earn enough money to send to Ukraine: she knows her family will need all the help they can get.

“I’m just trying to live a normal life here. I want to be strong for my kids, for my family,” she says. Why Knifepoint Heels Are The Shoe For Now