Presented in partnership with Coach Forever

“Della has brought us perspective about what matters”

Sophie Palmer is a yoga teacher and the co-founder of social enterprise Worn For Good. Baby Della is four months old.

Sophie Palmer doesn’t have any particular plans for her first Mother’s Day. In her eyes, the arrival of baby Della is special enough. “We’re pretty low-key. If Mother’s Day includes a dip in the ocean and a coffee in bed with some cuddles, it’d be perfect.”

Although Sophie had always dreamed of being a mum, the yoga instructor and social entrepreneur knew her pregnancy would be classified as ‘high-risk’, as she suffers from a rare blood disease. “When we fell pregnant with Della, I can’t describe what a blessing it was. It was such an emotional experience after a really challenging few years, to find out that my body had miraculously orchestrated things to be in perfect working order to first conceive, and then go on to maintain a perfectly healthy pregnancy and baby. It was the most incredible thing.”

In the end, Sophie’s blood condition – incredibly – completely normalised while she was pregnant (though it has since returned). “Now we joke we just need to keep me pregnant!” For Sophie, the arrival of Della has not only brought love and joy – but confirmation of what’s most important in life. “There’s just a few things that really, genuinely matter. Everything else is just distraction,” says Sophie.

One of the things that truly matters to Sophie is fashion that lasts a lifetime. She is the co-founder of Worn For Good, a social enterprise that sells new and pre-loved designer clothing.

Right now, she’s still mastering the balancing act of first-time motherhood. “But Della’s only four months old… and I love how we’ve created this tiny, beautiful person who will have her own life and journey, and we’re here to be a part of it, to watch it unfold.” “I thought I would miss my old life, but it hasn’t been like that at all”

Bridget Brennan is a journalist and Dja Dja Wurrung and Yorta Yorta woman. Her son Louis is six months old.

When journalist Bridget Brennan was pregnant, a colleague remarked that foreign correspondents tend to make great mothers “because they’re used to being up all night”.

It was a comment that Bridget – a foreign correspondent for the ABC in London – welcomed. “I thought, ‘I’ve done all these tough jobs, I’ve got this!’”

She pauses, and laughs. “I did not have this.”

The first few months of motherhood were more isolating and relentless than Bridget had imagined. “It is really is 24-7. Motherhood challenges you in different ways you don’t expect.”

But, in addition to the typical demands of first-time motherhood, Bridget also faced other, pandemic-related challenges. As the ABC’s first Indigenous foreign correspondent, Bridget had been living in London for two years and was 16 weeks’ pregnant when Australia announced it was closing its borders due to COVID-19. She and husband Josh made the lightning-fast decision to return home. “We pretty much had 24 hours to make the decision. And then we had to pack up our house and leave our London life behind and we couldn’t say goodbye to our friends or colleagues.”

Then, the day after Louis’ birth, Bridget’s father tragically passed away, and to make matters worse, her mother was unable to visit for another 10 weeks because of state border closures. (In a few months, Bridget and her family are moving to Melbourne to be closer to family.)

Despite the rocky start, Bridget is savouring her time with Louis. “He’s just so happy and funny. I love it when he wakes up in the morning because he’s so excited for the day. He’s really curious and inquisitive, and really brings a sense of wonder. I thought I would be missing my old life a lot, but it hasn’t been like that at all. He’s forced me to re-evaluate, in a good way, and brought us even closer to our families.” 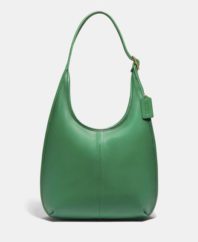 “This baby is the light”

Alison Rice gave birth to baby Betty in January. She is a conscious career coach and the host of the podcast Offline.

For Alison Rice, the arrival of baby Betty in January was the culmination of a journey that began several years earlier.

The podcaster and conscious career coach had been trying for a baby since her early thirties, but after two miscarriages, she’d begun to worry it wouldn’t happen.

“Because we lost two babies before Betty, I started to write this story for myself that there would be more loss and that it was going to be hard. My defence mechanisms came up, and I went into protection mode. Even when I was pregnant, I wouldn’t fully allow myself to believe I was going to have a baby.” Seeking reassurance, Alison underwent extra scans and blood tests throughout her pregnancy “but I’ll tell you, the comfort never came until she was breathing in my arms”.

To her relief, her love for Betty was instant and all-consuming. “I knew it would be big, but I didn’t think it would swallow me whole. She’s more than I could have imagined.”

As the host of popular podcast Offline, which features honest conversations with high-profile women, Alison decided not to reveal her pregnancy on social media. “My anxiety had such a grip on me that I didn’t share, in case something happened [with the pregnancy]. But it was the best thing I ever did because it was a really beautiful time, and we were able to really honour her and honour the process.”

Today, Alison says the entire family is “completely obsessed” with Betty: “She is the light.” This Mother’s Day she’ll be having lunch with her mother, grandmother and daughter. “We have four generations of women in the family. It will be the first time celebrating a collective Mother’s Day.” Coach Forever is inspired by a commitment to rethinking and reducing impact on the planet by creating pieces that are crafted to last. Shop Coach online or visit in store.

Anna is the co-founder, and will admit that she had anxiety dreams the night before a shoot with three babies. Luckily, the day went perfectly